Home / News / Socks for a Cause 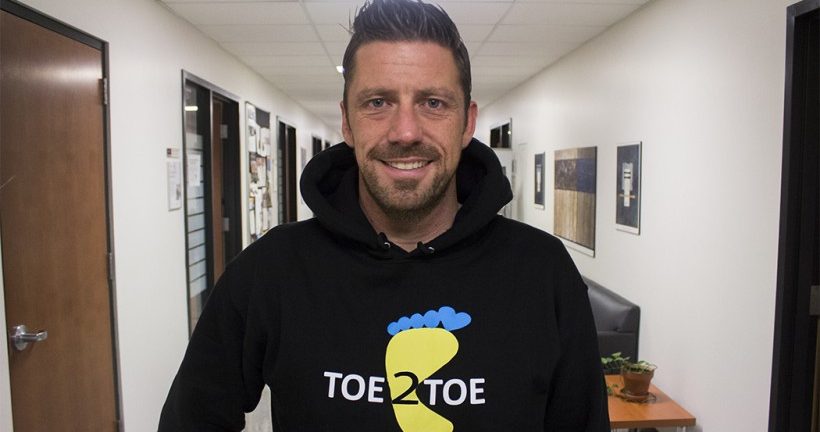 Sometimes, it only takes one experience to change a perspective on life. This was the case for medical student Chris Costello. While he is used to being the person who works with patients, he found himself on the other side of the patient’s bed in 2012 at Saint-Luc’s hospital, where he became friends with his hospital roommate, Matt.

Costello recalled asking him if he had floss; a seemingly innocent question. However, due to a substance abuse problem, Matt didn’t have teeth. Naturally, he said no.

Costello would often forget about this and would end up asking the same question, the words coming out of his mouth faster than he could stop them.

One day, he asked Matt if he had toothpaste. Again, he realised that wasn’t likely and immediately regretted asking the question. However, Matt said yes.

“Why do you have toothpaste?” Costello asked, confused.

“Because I like to put it on my gums,” he explained.